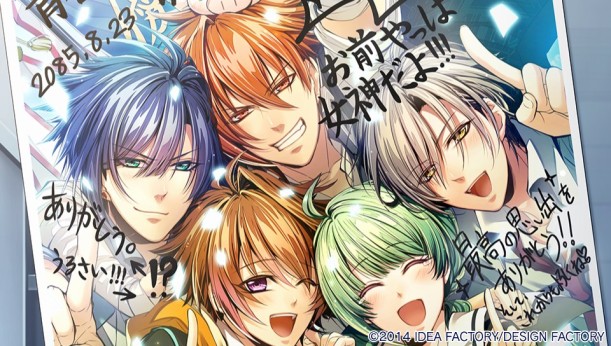 …Which shall now be referred simply as Trigger Kiss due to how cumbersome the full title is to type out in any language. This is an otome game for the PS Vita that tries it’s hardest to be a cross between a sports and a battle shounen manga at the same time. The year is 2085, and a portion of the human population have developed superpowers. Team battles between superpower users are an established high school sport, with most high schools having a super power club that trains to fight against other schools in tournaments. The protagonist, Futaba, is the daughter of a famous superpower user, but decided to have nothing to do with powers after an incident five years ago. Nevertheless, word travels fast and upon her transfer to Akizuki High School, she gets tricked into joining their superpower club. The reason? Their first regional matchup is tomorrow and they don’t have enough members to form a team.