I don’t think many people bothered with this, thanks to being a console-original galge for the PS Vita coming from an eroge company. Everyone is either waiting for a PC port with ero added in (quite likely, I and the rest of 2ch think), or simply ignored it in favor of Anegin, which was hyped up as a collaboration between Takahiro (Majikoi) and Ou Jackson (Oretsuba). Kurogane Kaikitan is supervised by Takahiro, but the scenario is actually written by Sakaki Kasa, who is known for Tsujidou-san no Jun’ai Road (as well as Majikoi S and Tsuyokiss 3-gakki). Kurogane was made with a CS audience in mind, so while its characters and interactions are created with a similar feeling to its parent company’s works, it also takes on a more serious, action-packed story. For a direct comparison, it has a similar tone to Majikoi’s Agave route all the way through.

END_OF_DOCUMENT_TOKEN_TO_BE_REPLACED

Shakadou, of Majikoi fame, finds himself wandering Shounan after leaving Kawakami. What heart-pounding events will occur to the suspicious-looking middle aged man?

END_OF_DOCUMENT_TOKEN_TO_BE_REPLACED 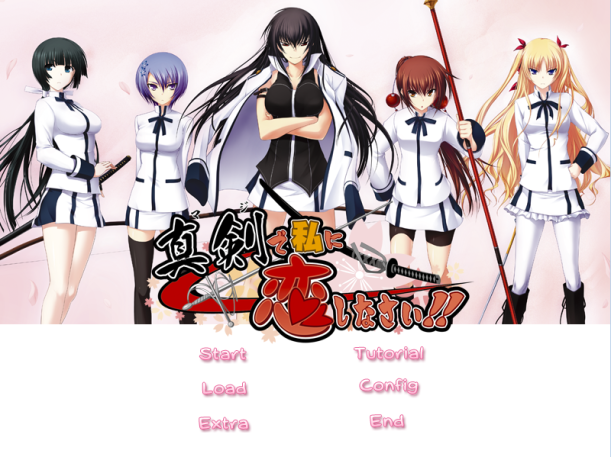 An energetic eroge with wacky school hijinks, warrior girls, fighting, and fabulous friendship!  This might just be the most fun I’ve had with a school life eroge, although said school life may be a little atypical. Anyway, Majikoi is about a group of friends named the Kazama Family, led by Kazama Shouichi, who happens to call himself Capt. It’s a group of 3 girls and 4 guys who met during childhood, although there will soon be two new additions to the group. All the girls happen to be fighters, while the protagonist Naoe Yamato acts as the tactician of the group. Together, they enjoy high school life in Kawakami City, which holds the famous temple of the same name and has many strong fighters. It’s a city that consists of many people with hidden powers, and even conflicts within the school are resolved with fighting.

END_OF_DOCUMENT_TOKEN_TO_BE_REPLACED

Okay, maybe not so much “first” since I just finished all the main heroine routes and am off to do the side routes and the agave route. It has been fun and hilarious so far, so I’m definitely enjoying it. Ah, I love slice-of-life with a group of friends. The common route is riddled with ridiculousness that doesn’t take itself too seriously, and the character routes usually carry on that spirit with some serious parts here and there. There’s also tons of references to other media, especially G-senjou no Maou and Baldr Sky (well, GIGA in general). Oh hey look, another thing that’s on my backlog!

The strength of Majikoi is definitely in the group dynamic rather than the individual routes (since the route-specific plot and character issues aren’t that outstanding), as well as the huge amount of defined and unique side characters. Lively casts are great~ Having bros who got your back is also a wonderful feeling. Much better than just having one dude friend who acts as the butt-monkey.

I like all the girls, though my favorite is Wanko. Flat chest and ponytail is a great combo. Her route wasn’t too exciting compared to the others, and ended up being rather serious. Miyako’s route is also on the serious side as well. Meanwhile Momoyo’s and Mayucchi’s routes were about battles and/or tournaments, which score ridiculous on a scale of 1 to crazy. No, seriously. Momoyo is OP enough to send a blast into outer space, hold back the German army, etc. This is a setting in which trained martial artists can catch bullets in between their fingers, and humans can become so strong that a military force armed with missiles has no chance of winning against them. Chris had the lovy-dovy bakappuru route that every galge has to have, and ended with a hilarious battle.

Of course the protagonist is a pretty cool guy. He’s the tactician of the group, but can handle himself in fights pretty well too. He is good at cheating at mah-jong and poker, and utilizing the grey zone like a politician. He’s got character, and doesn’t pale in comparison to his crazy friends either.

Majikoi has been really fun, I’ll be sad when I’m done with all the routes. Upcoming is Overdrive’s Deardrops, because I have to review it for OrgAsg. Then I’ll finally start Dies Irae.

Maybe I should check out some of Minatosoft’s other eroge.