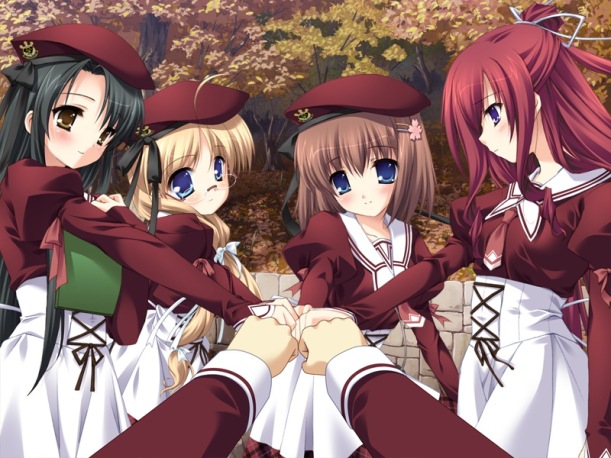 Looks like I’ve been on schedule with my New Year’s Resolution to finish off some PSP games. This time, it’s 11eyes Crossover, the CS port of a 2008 eroge. Included in Crossover is Tsumi to Batsu to Aganai no Shoujo, which is the main scenario that this review will cover, and an additional original scenario with a new cast in the same setting that I’ll probably write about later on. Expect some pretty conventional chuu2 plot devices.