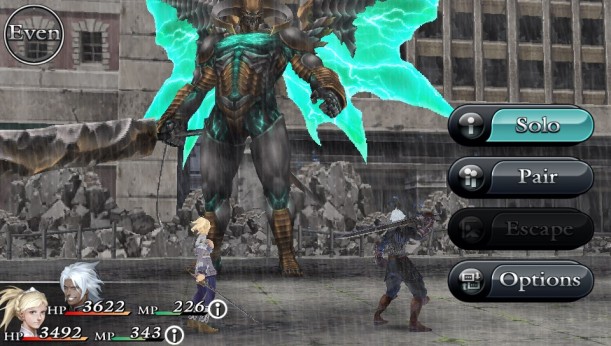 Chaos Rings debuted on mobile devices and boasted impressive production values for its platform at the time. It spawned a prequel, an indirect sequel, and what seems to be a even more indirect third entry recently. I never played them because my phone sucked and was uncomfortable to play games on, but with the release of Chaos Rings III came a compilation of all four games for the Vita. Obviously I bought it for CRIII since that was the game that boasted the most content, but I decided to start from the first game and play in release order. So here’s a compiled review of I, Omega, and II before I start the main dish.

They’re developed by MediaVision, most notable for the Wild Arms series, and published by Square Enix.