For every scenario-ge where you have to sit through a boring week of slice-of-life before something interesting happens, there exists an equal number of or more moege where the common route is entertaining but the individual routes just come crashing down in quality. Pure x Connect is a good sample of the latter, I’d say after clearing two routes. I don’t think I’ll bother with any more.

The story begins with the Usami Hayato, a guy who had bad experiences with dating and now goes around shouting that he hates クソ女 (lit. “shitty women”), which refers to women that like to take advantage of men. He basically goes around saying that he hates bitches and whores, but is still lonely and wants a nice girlfriend — like a fedora, but is slightly more reasonable since his past “relationships” (if you could call them that) did consist of girls who tried to use him and then play victim. Oh, and if it wasn’t obvious, he’s a 処女厨 (internet slang for guys who insist that their girlfriend/heroine must be a virgin, lit. “virginfag” if translated into 4chan terms, but that seems to imply that the guy is a virgin instead).

This plot gets swept under the rug as he meets a bunch of cute and friendly girls at his new workplace, as well as his very pure cousin. Above setting aside, Hayato is actually quite an entertaining protagonist with plenty of comedic moments. The common route wouldn’t have been nearly as entertaining if it weren’t for such a funny protagonist. The presence of the heroines and protagonist are of equal strength, which makes the everyday university and cafe setting much more enjoyable than watching girls fall for a bland guy. Speaking of which, yes, the setting is at a cafe/restaurant with the protagonist and his childhood friend in university, which should be a breath of fresh air in the sea of high school moege.

The thing is, despite having the protagonist be in university, it doesn’t feel like he’s a university student at all! Where the hell do you get all this free time to laze around, man? I am fucking jealous!!! In some ways this is even less relatable than high school settings and stories about ~青春~, even if the individual conversations feel closer to home. I guess this is what you get with a more subjective setting. Either way, literally only the childhood friend (who already lives next door) goes to the protagonist’s university, so the game would hardly change if you cut out the university part and have it set entirely in the restaurant. They go to lectures to sleep, skip them half the time, and don’t do any club activities. 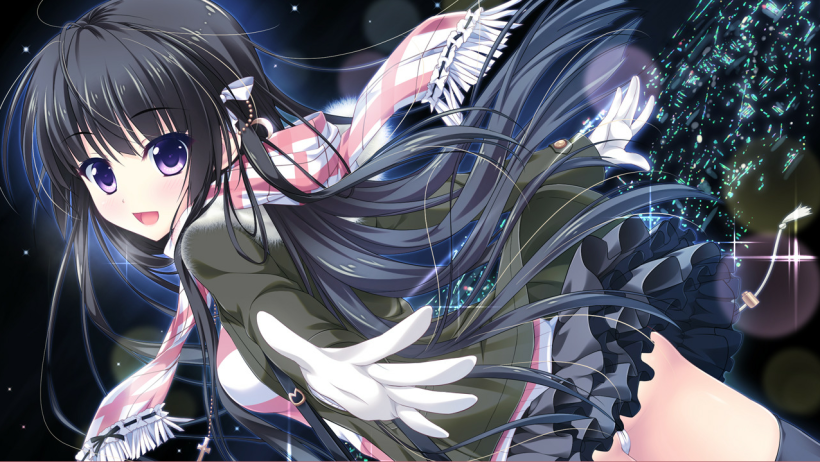 The common route is full of corny jokes that you either love or despise (I belong to the former), and each scene is well-paced and engaging, making you want to see more of the characters’ banter. The heroines vary from high school-aged to a 28-year-old single working woman (your boss) and are generally quite convincing for their roles. The childhood friend? She feels like a legitimate close friend, with emphasis on friend. She’ll use Hayato’s onaholes as pillows, casually play boxing with his morning wood (no sexual pleasure whatsoever), and walk around him in her underwear without a care. And she’ll do all this in a way with zero embarrassment, and all their interactions are the opposite of lewd. The high school girl with an extremely strict mother who tries to play it for drama? It’s not so much that her mother is unreasonably strict is it that the girl is a complete dumbass who’s failing school and gives no fucks. The side cast is also entertaining in their own way.

The common route is fun and all; the problem lies in the individual routes. The heroine (or protagonist) confesses at the end of the common route, and you transition into the heroine route with your fluff and flirting and sex almost immediately. The common route is also full of group scenes and maybe a few individual scenes with each heroine, but all the affection-raising is done through texts at night. It’s not like older galge where the common route is full of choices and you can literally end up spending all your time with the heroine of your choice. The common route has few scene variations and the heroines fall in love by text. As a result, the confessions all feel too abrupt and the transition from friends/coworkers to mushy couple is very jarring…for the two routes I went through, at least. Perhaps some of the other routes make it more natural. 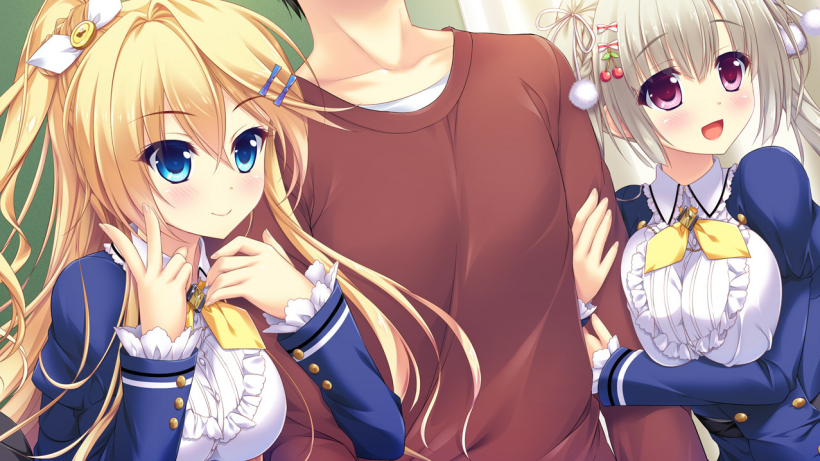 The routes all seem to follow the same format, and there is basically no plot after the confession so it’s just icha^2 and sex after the common route. I’d imagine that for most people, no plot and pure fluff is more enjoyable than eroge that shoehorn poorly-written overblown drama for the sake of having drama, but the scenes aren’t as fun as the ones in the common route so there isn’t much of an incentive to keep reading. Not sure if the other routes do it better, but the heroine also becomes heads over heels for the protagonist to the point where it overshadows her former personality. Even the prickly Arisa turns into extremely soft mush as soon as you get the confession over with, which also takes the fun out of her character. Plus she’s revealed to be super jealous and clingy, to the point where I can hardly believe that people find this more cute than annoying. There is cute jealousy, which works especially well for a tsundere character, and then there is overbearing to the point where you’d just think fuck this shit, I want to be free and single again. Moege is pointless when you don’t feel the moe. 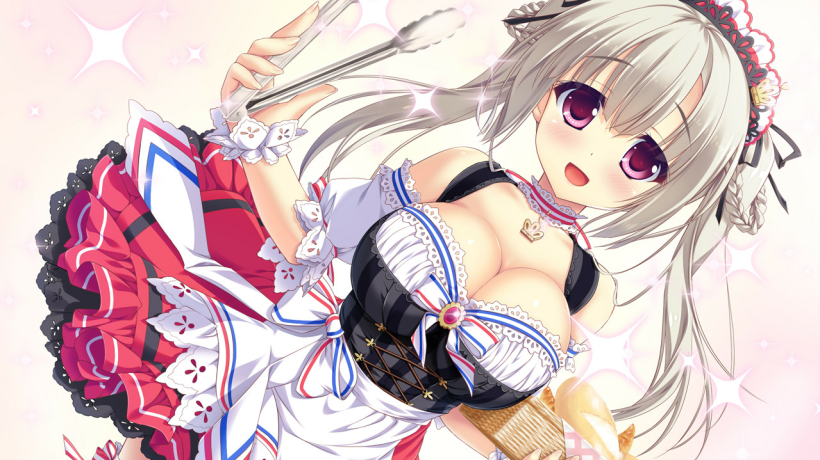 It’s honestly a shame, because the scenes in the common route were great. If they kept up the same quality of writing for the individual routes and made the romance feel more natural, Pure x Connect could have been a great moege. Oh, and the art and character designs aren’t very good. Too many huge breasts, not enough delicious flat. I thought the otaku audience as a whole has been leaning towards little girls, but apparently not when it comes to eroge. As usual with most moege art, tits == odd proportions and a complete disregard for physics.

As much as I stand by my complaints, I honestly did enjoy the game in the common route. I won’t write off the company yet, until I play Fureraba.