If there was a VN that consistently relies on its conversations and prose to be enjoyable, and where “how” something is presented is infinitely more important than “what” is happening, then that VN is Oretsuba. Written by Ou Jackson and developed by Navel of Shuffle! fame, Oretsuba is a completely different beast than whatever else the company output prior to it.

The story is split between three protagonists, who each have their own different heroine(s).

First is Haneda Takashi, a timid boy with few friends in his third year of high school. His perspective brings a solemn take on the world as he pushes through his cruel school days with his belief that everyone in the world is a good person and approaches his surroundings with a dangerously delusional level of optimism and a severe lacking of self-awareness as a bullying victim. Takashi maintains a kind attitude towards everyone, and constantly tries to make contact and improve his relationship with even those whom one would stay far, far away from if put into his shoes. Never once does he show anger, and he simply absorbs all the damage he takes from others. This, of course, is possible because Takashi is backed by delusions that he unconsciously uses as escapism. Genuinely believing that his true form is Sir Hawk, a Holy Knight in the fantasy world of Gretagald and candidate for the next king. Gretagald is attacked by a winged race, and in order to escape to safety, Hawk is “reborn” as Haneda Takashi in modern Japan. Takashi believe that he is destined to return to Gretagald, and his various dreams are “temporary summons” in times of need. The delusions of Gretagald read exactly like a teenage boy’s self-insert power fantasy: Hawk has a secret ultimate skill that he pulls out to instantly resolve problems when he is in a pinch, is touted as a never-seen-before genius in battle, loved by the Princess of the country and instantly respected by everyone he meets. The worse his real life gets, the more he sees his dreams of Gretagald, welcoming him “back.”

In stark contrast to the lonely atmosphere surrounding Takashi, we are then introduced to the social level MAX Chitose Shuusuke. Carrying a cheery atmosphere with him, Shuusuke is a diligent part-time worker who approaches everything with maximum enthusiasm and enjoys striking conversations with just about everyone. His story is centered around the restaurant Alexander, and plays out like an orthodox romantic comedy (in eroge standards) with silly restaurant hijinks, an abundance of perverted jokes, and a straight-laced heroine whom our goofy protagonist makes a terrible first impression on. Shuusuke purposely acts as the butt-monkey to avoid his problems, and glosses over his sensitive nature with a playful smile. Disliking conflict, his defining trait is actually cowardice. While Shuusuke’s chapter is the most comfy of the bunch and provides the most cheerful of the game’s assets from narration right down to the music and color palette, it is also the least original for those looking for a refreshing scenario.

The final character to balance out the trinity of protagonists is Narita Hayato, a self-proclaimed hardboiled guy who roams the shadier parts of the city at night. Preferring the lonewolf lifestyle to overly familiar relationships, he nonetheless forms a myriad of casual acquaintances that he often bumps into and attracts members of punkish youth groups. He excels at fistfights, but tries to avoid actually getting into trouble (which he seems to attract by the masses). With the hostile catchprase ぶっ殺すぞコノヤロウ, his personality is unsuitable for proper employment so he often finds himself pinching pennies, doing odd jobs, or dropping in to work at the construction site. Despite his rude attitude that is popular amongst punks, Hayato rarely gets truly aggressive and is really just a dishonest guy who doesn’t admit that he actually cares for the people he interacts with. In his story, you’ll meet all sorts of speech-slurring, slang-throwing youths and the most colorful side characters ever, both figurative and literally.

What ties these three contrasting protagonists together is a sense of transience that emits from each of them. With Takashi’s escapism to a fantasy world, Shuusuke’s tactic of evading his problems with jest, or Hayato’s reluctance to form lasting relationships, all of them employ ways of life that hint at an unsteady existence. And despite the setup for dramatic potential, Oretsuba remains refreshing by never delving into heavy melodrama territory. It knows how to end things, rather than introducing plot events for the sake of drama. The most touching moments of the game are from the catharsis of acceptance and self-improvement. In fact, it wouldn’t be wrong to claim that 90% of the game is slice-of-life. Very engaging slices of interesting lives, that is.

The story manages to pull off a distinct voice and atmosphere for each narrator, which is no easy feat. In addition to that, each character has his or her own distinct speech pattern and way of expressing themselves, injecting uniqueness to supporting roles who could, on paper, be hand-waved as a cliche side character or pushed to the side as a group with a label slapped on to them. Not only is Ou Jackson’s writing style extremely vivid, he strings together conversations so skillfully that even the most trifling conversations flow naturally and with enough momentum to keep the player reading. What drives the game is banter and the protagonists, both of which are done masterfully.

Of course, the heroines are brilliant and memorable as well. They manage to be every bit as colorful and distinct as the protagonists and side characters…with the exception of one, that is. The least interesting heroine also happens to be the final route and Takashi’s little sister, who isn’t exactly bad as she is lacking in the quirks and charm that makes the other heroines stand out.

The most striking heroine is Takashi’s school’s “princess,” Watarai Asuka. Bearing extraordinarily beautiful looks, she’s deemed as the princess of the school and put on a pedestal by everyone. After a prank by his “friend” in first year, Takashi has been pretending to go out with her so that she gets approached by less guys. While one may expect a friendly, bubbly girl to be the school idol-like character, Asuka is in fact awfully frank and speaks with a tone and mannerism often attributed to males. The first thing to come out of her mouth is complaint after complaint, and she claims to dislike others–which is only partially true. In reality, she appreciates others and acknowledges the good in them…as long as they aren’t talking to her. Finding it difficult to truly speak what’s on her mind, keeping up conversations tires her out, and she only tries to maintain shallow relationships and template conversations with her school idol-like facade.

Shuusuke’s heroine is Tamaizumi Hiyoko, whom he first approaches thinking that she is the adult video actress Tama Izumi who wrote the book he has to review for his job. She is serious and straight-laced to the core, providing a traditional love comedy-style contrast to the goofy protagonist. Hiyoko is a student author who published two novels, but her second novel was a flop and she has gained a fear of internet criticism. Despite trying to keep up the cool and strict act, her dere side appears when her novel is praised, and she can get fired up like a normal teenage girl when talking about her favorite pop music group. Rather than lashing out when mad, she tends to go the cold route with empty eyes and a flat tone, sarcastic tone of indifference.

Hayato’s main heroine is the first-year student Ootori Naru, who happens to be the little sister of a certain important side character. She meets Hayato by offering him an odd job of looking for her stolen bicycle. She came back from the Netherlands not too long ago, and holds impressive trivia knowledge. Although she is playful and upbeat at night on the streets and shows up every day in her school uniform, she has actually been skipping school for two months straight. Upon arriving at Japan, she was quickly isolated in her class and found herself gradually becoming less motivated to go to school. Having the playfulness and teasing ability to crack Hayato’s so-called “hardboiled”, Naru makes for one of the most entertaining heroines.

The final heroine is the imouto character Kobato, who has the final and arguably the best route, but is a rather lackluster character compared to the vibrant heroines above. She has an innocence and childishness to her that really emphasize her status as a younger character. I guess imouto lovers will like her, but I already have Naru as the younger heroine! Anyway, despite Kobato being not that great, her route is and has lots of great interactions, as well as the final revelation of the overarching plot.

There’s a number of side heroines as well. Miyako has a route that branches off of Asuka’s, but it isn’t that great and lacks the impact of the latter’s. The gyaru heroine Ai has a route with Hayato that was added into the all-ages PC release of the game and is quite enjoyable. Added to the console port of the game is Misaki’s route, which feels like a bonus for fans who have already played through Oretsuba and is also fun as well. 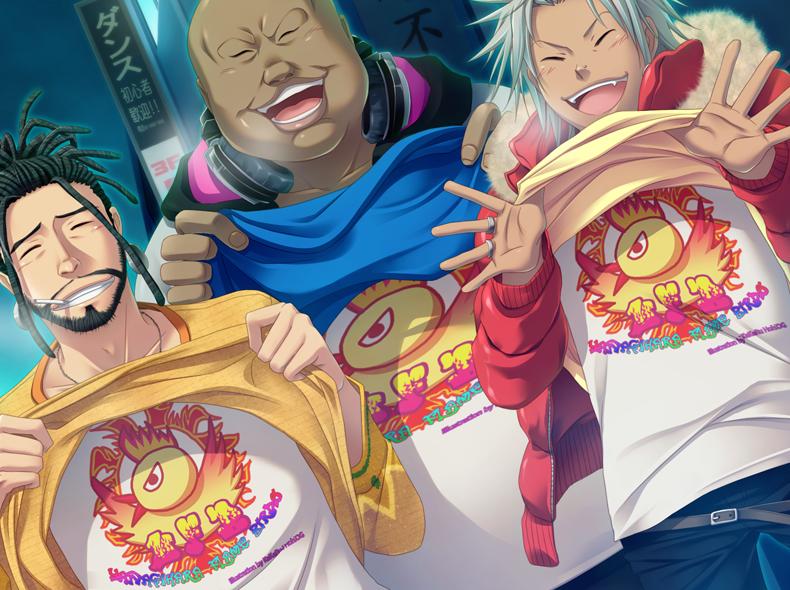 Audio-wise, the music is above average and effectively used. The styles of the tracks used in each protagonist’s story differ to further emphasize their distinct tones. There’s an ending theme for each route, and the PS3/Vita version’s new opening is lovely. Aside from music, the voice-acting is also worthy of praise. If there’s a VN where you absolutely need to listen to the voices, this is probably it. Each character’s different intonations in speech have to be heard for the full experience. There’s a guy who speaks entirely in freestyle rap, and I always listen to his lines to the very end.  The protagonists are partially voiced. It’s a shame that the game isn’t fully voiced even in the console port, because Shuusuke and Hayato have distinctive voices that scream the opposite of “typical eroge protagonist” and are fun to listen to.

The art is probably one of the weaker points, since I’m not a fan of Nishimata Aoi. Sure, her girls are pleasing to look at and her faces are pretty, but that is limited to frontal smiling portraits. Not only does she have an extreme case of sameface for the heroines, her expressions and dynamic poses are rather stiff and her practice in human anatomy and physics are lacking, to say the least. She also changed her style recently, so the CGs added for the console version don’t mesh with the old CGs. Her faces became less distinctive, and the coloring got softer. I like the new style better, though. 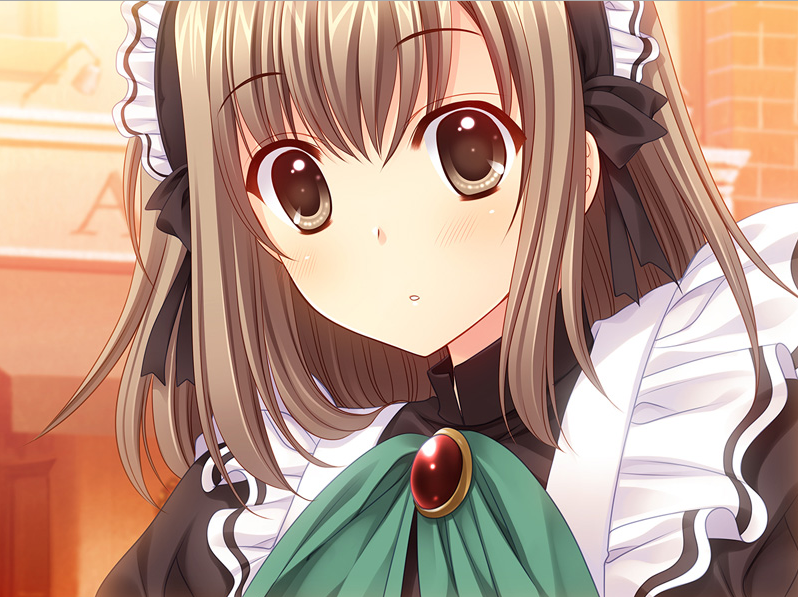 Featuring exceptionally likable characters and tackling very human subject matters, Oretsuba shows the skill of one of the most versatile eroge writers I’ve encountered. Each protagonist’s narration drives home the fact that they are different people with unique thought processes and way of seeing things. Everything flows so naturally, even mundane conversations make a nice read. It took Ou Jackson something like 5 years to write Oretsuba (it was originally planned to be Navel’s second eroge right after Shuffle!) and the care put into it really shows.