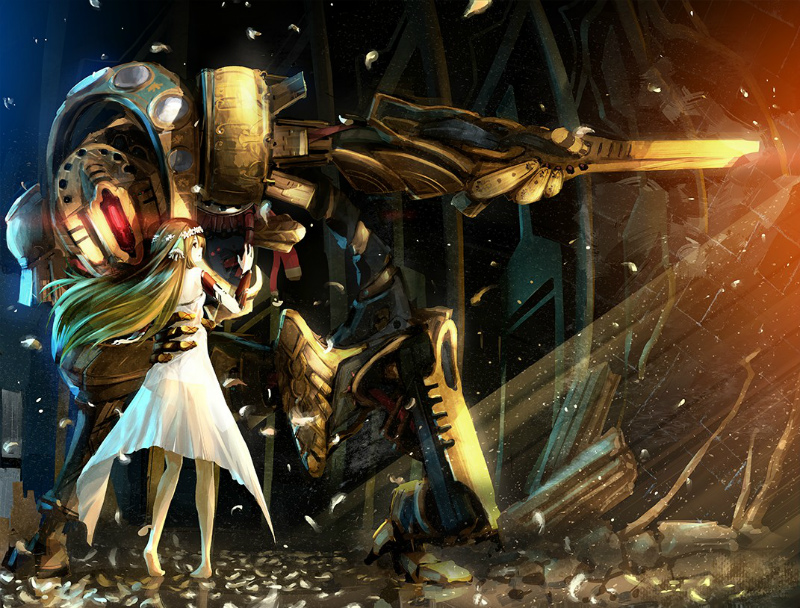 Genomatrix AKA the not-cosmospheres are cheesy fun as usual, this time even moreso. The heroines aren’t Reyvateils so they don’t have 9 levels to dive into, but in return, they can connect to the Genomatrices of other characters, allowing you to dive into them through the heroine. The main heroines also join your adventures in the other characters’ Genomatrices, forging a much stronger bond between the side characters and heroines for the player to see. It helps that all the sub heroines are cute, and as likable as the mains. Sally is my favorite because 理系女子 are wonderful, especially if they’ve got glasses, cat ears, and an outward appearance of around 10 years old. She’s a massive mix of random otaku fetishes that sound painful when thrown together on paper, but ends up being really competent and charming. Kanon is very eroi, and is reminiscent of AT2’s Lady Cloche, down to the secretly do-M side. Nei has been a favorite of mine well since Ciel nosurge, and certainly does not disappoint.

Story has the tension and grandeur of AT2, and the switching between the stories of two protagonists works well. It’s easy to break the pacing yourself by spending hours synthesizing things in shops, because every item comes with its own crazy synthesis conversation, and there are loads of things to make. Setting is in the same universe as the Ar Tonelico series, many years prior; it’s full of cool fantasy sci-fi stuff that goes into great detail into explaining how things work. This game seals the deal on my favorite video game setting.

Music is excellent, and the visual direction during the hymns is really good. Of course the hymns themselves are great, too. Character models look nice, Gust sure has improved in this aspect thanks to the Atelier games. They’ve got their glitches like parts overlapping when they’re not supposed to, but overall they look good, and the shading is better than the 3D movels in Ciel.

Gameplay is the part where the game feels really rushed. I think I spent less than half of my playtime doing actual gameplay outside of synthesis (which consists mostly of reading the conversations anyways), and part of that is thanks to the awfully tiny dungeons. Gust isn’t exactly know for their excellent dungeon design, but while the Atelier series are getting larger maps with the recent game, Ar nosurge’s dungeons are even smaller than previous entries. I mean, walking up and down the tower at least 5 times in AT3 was a pain in the ass that only served to unnecessarily lengthen the game, but at least the dungeons could have been AT2-tier.

To adapt to the ridiculously small dungeons, the encounter system is a unique fare that uses some ideas I actually really like. You’ve got the encounter gauge to tell you how close you are to triggering a battle, and once you do, the fights come at you all at once, one after the other. The battle ends when you wipe out every wave of enemies, run out of turns, or unleash song magic. Each map has a set number of waves of enemies, and once you wipe them all out, there are no more encounters in that area until you re-enter. If you end the battle without wiping them all out, the next battle starts at where you left off. Song magic can wipe out coming waves of enemies when charged up enough, and there’s a meter that shows you how many upcoming waves can you instantly destroy if you unleash your song right now. If you manage to destroy or armor break all enemies in the wave that are about to attack (not every enemy attacks every turn), you get to act again. Else, the enemy’s turn comes up and you use up a turn.

The battles and encounter system is the most fun I remember having with normal encounters in a Gust game, and would be massively appreciated in a game where the maps are actually large and eventful enough to want to explore. I mean, being able to wipe ’em all out in one battle is super useful when you just want to fight a long fight once or twice and then explore the rest of the map without enemies bothering you every ten steps. If only the maps were any fun to explore.

Battles are pretty much like AT2’s, but with only the protagonist and heroine instead of having an actual party. It plays pretty similarly, with different attacks mapped to the buttons, and defending with the correct timing during the enemy’s turn. This time, the vanguard doesn’t have any HP, so all damage goes to the heroine. The defending phase is also much more simplified, as enemy attack patterns are much simpler than AT2’s rhythm game-style attacks and the time frame for defending is pretty long. In return, there are only a limited number of times you can defend, so getting rid of/breaking enemies during the attacking phase is everything. Overall, the battle system reeks of a low budget, but is also fun precisely because it is designed with using as little resources and being as efficient as possible in mind. 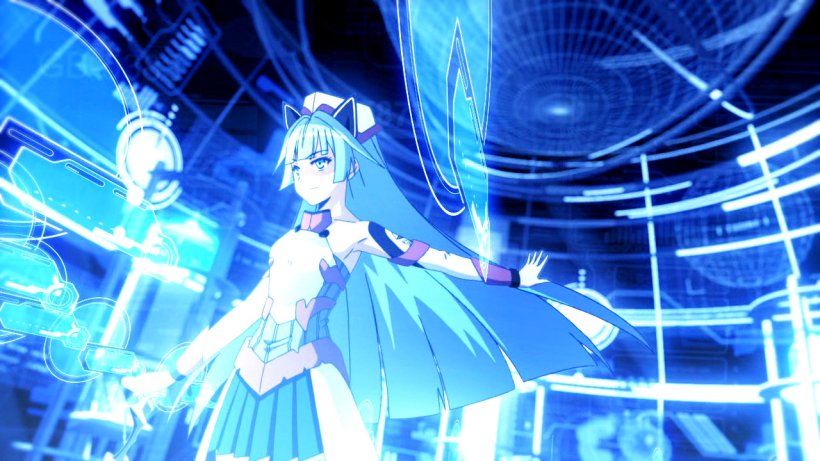 In the last segment of the game, you get to visit Ar Ciel. Seeing Shurelia and parts of her tower rendered in 3D is very exciting, but the fact that you only get to go to 3 areas in Ar Ciel is stingy. I guess when your budget is Gust-sized and you’ve got a lengthy story in a massively detailed world and more interesting synthesis items and conversations than your series that is actually about item crafting, some part is going to get the short end of the stick. There’s also the fact that you can’t change costumes even when there are different outfits in the game and even an outfit list page to mock you, which further shows that the development team was short on time. I think they’ll probably add on the option to change costumes later on as DLC, but I also wish they had more costumes.

Overall, I was highly satisfied with the game. I wasn’t in it for the gameplay, so the lacking dungeons don’t really ruin the game for me. This is the true successor that the Ar Tonelico series deserves! I could be grumpy and nitpick parts of the story and presentation, but I don’t really want to so I’ll leave it at that. It’s far from a perfect game, but it’s evident that much effort and soul went into the game, and is more satisfying than recent Atelier entries.

It’s also very lewd. The Ar Tonelico series has always been rather lewd, especially inside the cosmospheres, but Ar nosurge is even more direct about it. It’s more eroi than some CS ports of eroge I’ve played. I like lewd things.