I managed to spend a lot less money this year, which means more money for importing games. I severely cut back on the impulse purchases, and that’s not due to an increased self-control level either. I think my main interests have been getting more and more niche each year, and I’ve been doing more importing/online shopping so I own almost all the existing English 7th-gen games I really want. Nevertheless, I did buy some goods: 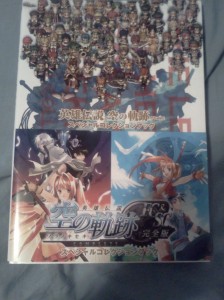 I did not expect to find Kiseki stuff from over half a century ago, brand new, at around the Japanese retail price instead of some ridiculously marked up price that the dealers like to sell Japanese artbooks for. There was an artbook featuring art from older Falcom works that was being sold from $70-$90 at the con, so I passed on that. 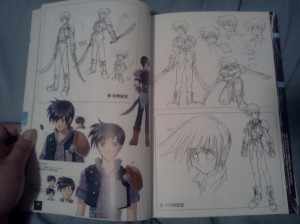 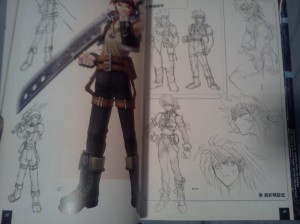 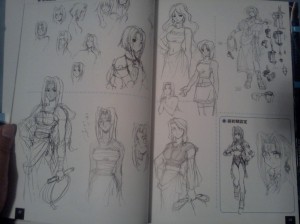 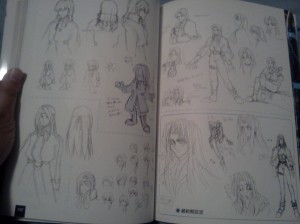 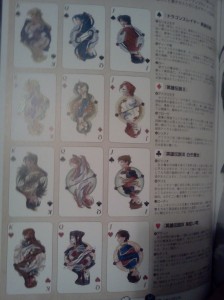 ^Poker card designs from that SC poker mini-game. Since I played Sora no Kiseki first, I did not know at the time that the cards are of characters from past LoH games! The Kings and Queens are aged-up versions of the main heros and heroines of the first four LoH games. The King of Clubs is a middle-aged Julio from White Witch, and the King of Hearts is middle-aged Avin from Tear of Vermillion, in his bearded glory. 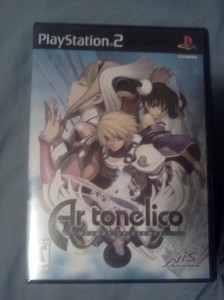 This was sort of an impulse buy, but not really because I’ve always wanted to try the Ar Tonelico series after hearing numerous praise for it. It’s from Gust’s PS2 days, which I kind of miss since I loved Mana Khemia. I was tempted to buy the second game and the Atelier Iris series, but stopped myself because I have a huge backlog.

I didn’t take a lot of cosplay pictures due to laziness and only having a crappy phone camera that’s worse than the average smarphone you see around, plus I’m not that interested in 3D. But I did see Akane from Rewrite: 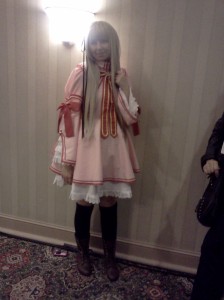 This year they finally separated the VN panels into 18+ and all-ages versions, and I only went to the former because the latter took place at a less obscure time where other interesting events were running. They were hosted by the same people anyway. It was 18+ for a very, very good reason, but t’was fun.

I also got a bunch of street passes and how have over 1000 streetpass tags. A few months back my team would have obliterated most people in Fire Emblem Awakening due to playing obsessively for the month of February, but I haven’t played for a while and didn’t get the limit break DLC, so I got my butt kicked by people with teams of limit-broken units ><